Ramadan is the ninth month of the Islamic calendar (Hijra). The sacred month is a time in which the rhythm of the city, frantic during the rest of the year, takes a breath. It is the most sacred month for Muslims, since the Koran was revealed to the Prophet Muhammad during that month. Muslims do not consume any food or liquid between the fajr and Maghrib prayers (sunrise and sunset), not even water.

We’ve produced a guide with more frequent do’s and dont’s about Ramadan in the United Arab Emirates that will allow non-Muslims to behave respectfully during the festival. 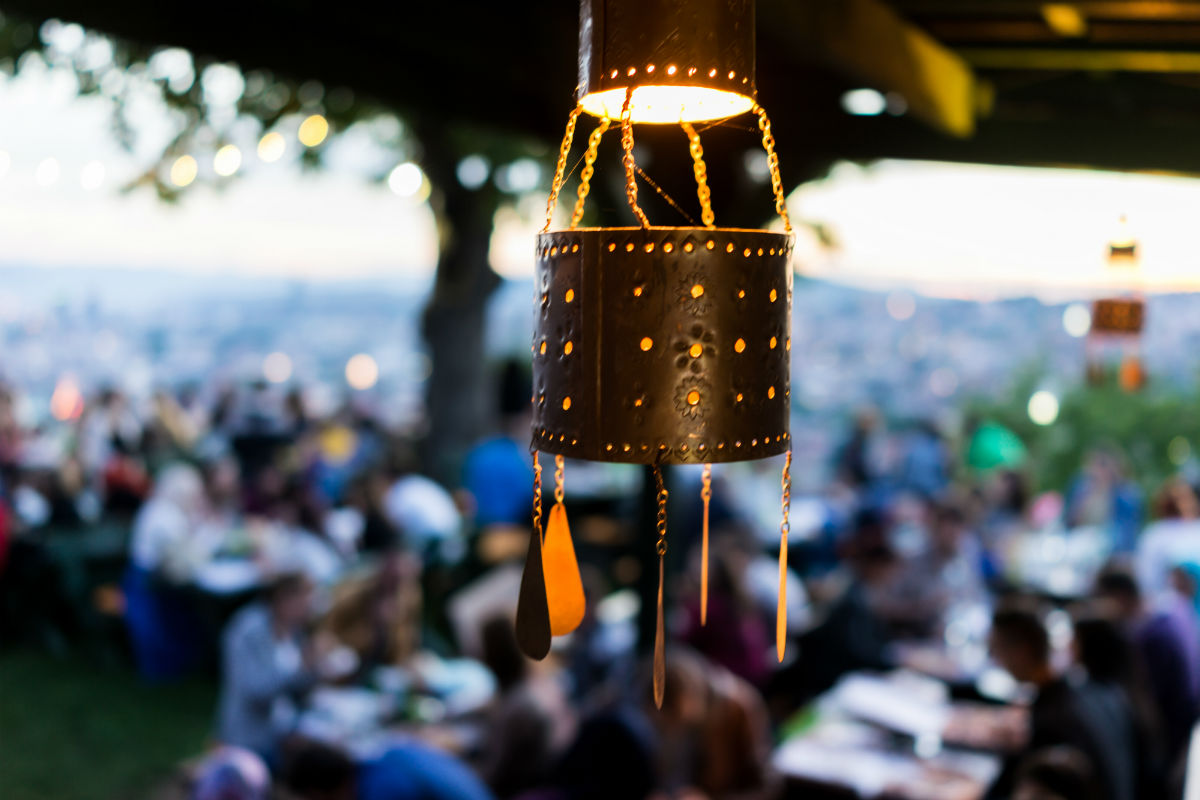 Is it allowed to eat, drink or smoke in public during fasting hours?

No, during the fasting hours, it is expected that even non-Muslims follow the fasting rules in public. You are allowed to eat, drink and smoke privately. During work, companies are required to provide a dining room out of sight of those who fast.

Can you eat, drink or smoke in the car?

Yes, but only if the interior of the car is not visible, however it is best to be discreet. If someone detects it, it is considered a crime.

Should you dress differently in the UAE during Ramadan?

Dressing modestly is essential during the Holy Month, for men and women. Tight and transparent clothing should be avoided throughout the territory during Ramadan.

How should you treat friends and co-workers who are fasting?

The first two weeks are usually the most difficult for the people who are fasting. Not drinking water, not eating and quitting can have a great effect on the fasting, so be understanding before Iftar.

Can visitors, tourists or non-Muslim residents buy alcohol or go to clubs or bars during Ramadan?

Most of the major clubs will close for Ramadan. Bars, pubs and salons will generally remain open but will only serve alcohol after sunset. Live music or loud sound will also not be heard in bars and pubs.

Do all restaurants stop serving food during the day to residents and visitors, even if they are non-Muslim?

Some restaurants and cafes will normally open during the day until sunset, although most will have an enclosed area and remain unobtrusively open for non-fasters.

Where to make a quick lunch?

The supermarkets remain open throughout the day, you can also take the food or request the service at home. Some hotels have a restaurant available for non-fasting and room service remains available.

What are the rules about eating at work?

If employees work in an open or shared office, they can eat in a closed room. Otherwise, it is considered disrespectful to eat before your companions fasting.

Can people wear bikini on the beach during Ramadan?

Public beaches, beach parks and hotel pools will be open as usual, so that people can continue to wear swimsuits in these areas.

Can people listen to loud music in cars, in homes or in public?

Music can be heard, but not by others. Some Muslims prefer not to listen to music at all during Ramadan, so be aware.

Can people chew gum during the day?

This is not allowed because it is seen as eating.

In Islam, if a Muslim is traveling, he is exempt from fasting, so is it permissible to eat, drink or smoke at the airport?

Yes, this is allowed.

Is it okay to drink water in the gym while exercising?

Yes, but better when leaving the gym to go to the parking lot.

If children are exempt from fasting, can they eat in public?

Yes, this is allowed.

If non-Muslims have been invited to an Iftar dinner with Muslim friends, can they accept the invitation?

Yes you can accept the invitation, but it’s nice not to go empty-handed. You can bring Arab desserts or sweets or a box of dates.

If you encounter someone weak, what to do to help?

Give him food and water, his fast will be considered broken, you can also notify an ambulance.

Is it possible to feed pets or animals on the street in public during Ramadan?

Yes, Islam says Muslims should be kind to animals.

Can you shake hands with friends or partners of the opposite sex during Ramadan?

Yes, but do not be surprised if they refuse to shake hands, some Muslims become more reserved during the Holy Month.

Can non-Muslims drive when the sun goes down, while those who fast return home?

Yes, but the roads will be very busy for those who return home to break their fast, since they have not eaten or drunk anything for around 15 hours. It would be convenient for non-Muslims to wait half an hour to give the fasters the opportunity to reach their homes. The Police urges to drive with caution and avoid speeding, especially in the twilight of the day.

Can you kiss your cheeks or hug your partner or friends of the opposite sex in public during Ramadan?

As at other times of the year, but especially during Ramadan, demonstrative acts of affection in public should be avoided. This can cause offense.

Can residents or non-Muslim tourists go to Ramadan shops in Iftar or Suhour?

Yes you can, but it’s best not to leave reservations for dinner until the last minute because restaurants across the country can be much busier as families get together to break the fast together.

Is there anything that should be avoided doing on social networks during Ramadan?

Non-Muslims should consider whether they have Muslim friends who are fasting on their social networks using strong language or sharing images that might be considered inappropriate.

What else should be done during Ramadan?

Ramadan is not just the fast of food, it is primarily a time of piety and a search for spiritual closeness to God. Some Muslims spend more time in the mosque during the holy month or read the Koran. Ramadan is a time when Muslims should think less about material things and focus more on charity, patience and being grateful.

Is the month the same?

No, it is believed that the Quran was revealed to the Prophet Muhammad during the last 10 days of Ramadan. Devout Muslims can spend the entire night reciting while intensifying religious practices. Be aware that workers may be more tired due to lack of sleep, in addition to feeling the effects of fasting.

For Muslims it is a very special moment of the year, Ramadan gives believers a unique opportunity to strengthen their relationship with God – Allah [which is how Muslims refer to God] and at the same time community bonds are tightened. Each night, after the last of the five daily prayers-fasting breaks after the fourth-there is a special prayer and the mosques are filled. It is an important moment for Muslims. Saying ‘Happy Ramadan’, ‘Ramadan Mubarak’ or ‘Ramadan Kareem’, for example, is a nice gesture to them.

13 Ways to Prevent Dehydration During Ramadan

How to talk to children about the coronavirus